The Sale of the Joint Marital House in Case of Separation

What happens if, after the separation, one of the spouses tries to sell the joint marital home? This question is important not only for those who want to sell a house, but also for the buyer.

Let's take an example. You have just concluded the deed for the sale of the house where you live, without letting the buyer know that you are about to separate from your wife or husband. Just as the new owner is about to move into his apartment, the judge assigns the house to your wife. You don't want to know, because you just separated. Your wife refuses to vacate the apartment. But meanwhile the buyer has paid 400,000 or even 500,000 euros, is convinced that you and your ex-wife have agreed to cheat him, and he is suing you.

What happens at this point? We answer the 7 most important questions, based on sentence no. 9990 of the Court of Cassation. Just last April 10 he had to deal with a case very similar to our example, and the sentence explains what happens when a joint house is put up for sale, and then the separation or divorce takes place.

1. In the event of separation, is it possible to sell the joint house?

2. After the Separation, Who Does the Joint House Go to?

When a separation occurs, the marital home is usually assigned to the person with whom the minor children go to live, or who are not yet independent. The risks of buying and selling a joint home therefore concern couples with children, or with non-autonomous children.

3. What happens if the joint house is sold before the separation?

Let's imagine having sold the house in January, and having to vacate it in June, because we reserved six months of free loan. What happens if the court assigns the house to our or our ex in April? The matter is not simple, and different courts have decided the matter in different ways. However, in principle, if the couple has minor or non-economically independent children, the judge generally prefers to protect the families.

A certain fact is that if in the sale contract, providing for the separation, you have inserted a clause that commits the buyer to respect the loan for use, the spouse who has obtained the assignment of the property will be able to continue to live there.

4. Selling a Joint Ownership House Immediately After the Separation

Let's take another example. You and your wife separated in January. In April the marital home was assigned to your wife, and in June you decide to sell it. In this case, your wife will be able to continue to live in the property, because the provision of assignment of the house takes precedence over the sale contract.

We know that it may seem strange, but it is true: the provision of assignment of the house is always opposable to a person who has bought the marital house after its assignment to one of the spouses. What changes is the duration of the enforceability of the award provision. In other words, in some cases those who bought the property will actually be able to enter and live in it, while in other cases the situation is much more difficult:

5. Selling a Marital House in Loan for Use

Not all families are actually owners of the marital home. Sometimes, the house was given on free loan to one or even both spouses. What happens in this case?

6. How Does the Joint Heading of a House Work?

At this point those who are thinking of buying a house, if they have read this far, will be starting to wonder if buying a co-owned home is worthwhile. What happens if the couple divorces the day after the deed? The judge assigns the house to the spouse with children, and the buyer will only be able to enter it after nine years, if all goes well.

This risk, however, is limited to the marital home and possibly to the second home owned by the couple. And it's not just about joint homes. Let's see why:

7. Who protects the Buyer?

In most cases, the law protects the family habitat, especially if there are children of minor age or not yet autonomous. Therefore, those who buy a house while a separation measure is in progress always faces the risk of not being able to actually use the apartment they have bought at a high price.

How can this risk be avoided? The best risk guarantee is to turn to qualified intermediaries, who carry out thorough investigations, and who are able to tell you if the owners of the home are in the process of separation or divorce.

But aren't separation and divorce private matters, distinct from the sale of a house? True, these are private matters. But when you are thinking of buying a house from a couple who are about to separate, these issues concern you too. Because you risk investing a few hundred thousand euros, to find yourself the owner of a property that you cannot use. 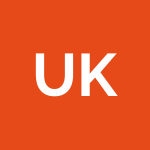 The law generally protects the family's habitat in most cases, particularly if there is a minor or not yet independent child. If a separation order is ongoing, anyone who purchases a house will run the risk of losing the right to use the apartment. best recruitment agencies in qatar