Statue of Liberty – Interesting Location to visit in New York

Best Way to See The Statue of Liberty

Touted to be one of the best cities in the world, New York is a happening city. New York is the epicenter of a whirlwind of activity, having popular destinations to visit and enjoy time. There are a number of places you can plan to visit in New York. To name some of the most visited places in New York – Central Park, Brooklyn Bridge, and Empire State Building. However, in this article we will talk about a world renowned and internationally revered tourist attraction called as The Statue of Liberty. Exited? Read on to know more about the Statue of Liberty, its history, and how to reach.

The statue of Liberty was built in 1886 and was a token of appreciation or gift presented by the France’s to America. The statue stands erect at a massive height of 152 feet (base to torch) and weighs almost 450,000 pounds.

History of Statue of Liberty

Alexandre-Gustava Eiffel is the professional credited for designing the steel framework of The Statue of Liberty. The statue symbolizes freedom and is considered to be a great American icon too. It showcases democracy, and the lasting friendship between America and France.

The American Civil War drew to a clase around 1865. It is then a French historian, Edouard De Laboulaye  brought a proposal of creating a structure (Statue) in the success of the United States. The sculpture was permitted by the authorities to be erected during the centennial of the Declaration of Independence in 1876. It was a joint effort between France and America. The statue to be built by the France people and the American’s would set up the pedestal for the statue to stand upon.

The Statue of Liberty and Ellis Island

The US Government issues a federal immigration station on the Ellis Island in 1892. This facilitated travelling of nearly 12 million immigrants, between 1892 and 1954. The Statue of Liberty offered a grand welcome to the travelers who were entering America, passing the Ellis Island. Many of these travelers were immigrants wanted to make America their home seeking a new life.

People travel to Batterly Park, the southern tip of Manhattan, to get a good view of the Statue of Liberty. However, plan a short boat ride to the Liberty Island and you can see it up close. Take a walk around the base, walk into the pedestal, and go right up to the crown (You would need permissions for this).

The Statue of Liberty was conferred a UNESCO World Heritage site in 1984. The Statue of Liberty has been given a status of “Masterpiece of the human spirit” that acts as a symbol of inspiring contemplation, debate, and protest of several concepts and ideas like peace, democracy, abolition of slavery, liberty, and opportunity.

Replicas of Statue of Liberty

Countless designers across the world have tried to copy and emanate another Statue of Liberty. A few of the most famous ones are mentioned below: 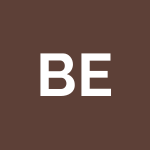 This is upgrade new game Christmas Tree Light Up visit on this website. 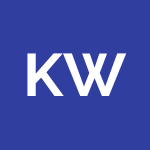 Your order for paper will be done very quickly if you use guideline, because it has paper writers who will help you earn a + and write papers competently and efficiently

Roblox is the best game i have ever played, even though i have tons of robux i still crabe for more roblox robux, however i have found a website that gives roblox robux for free. website for free robux is https://howtogetfreerbx.com/